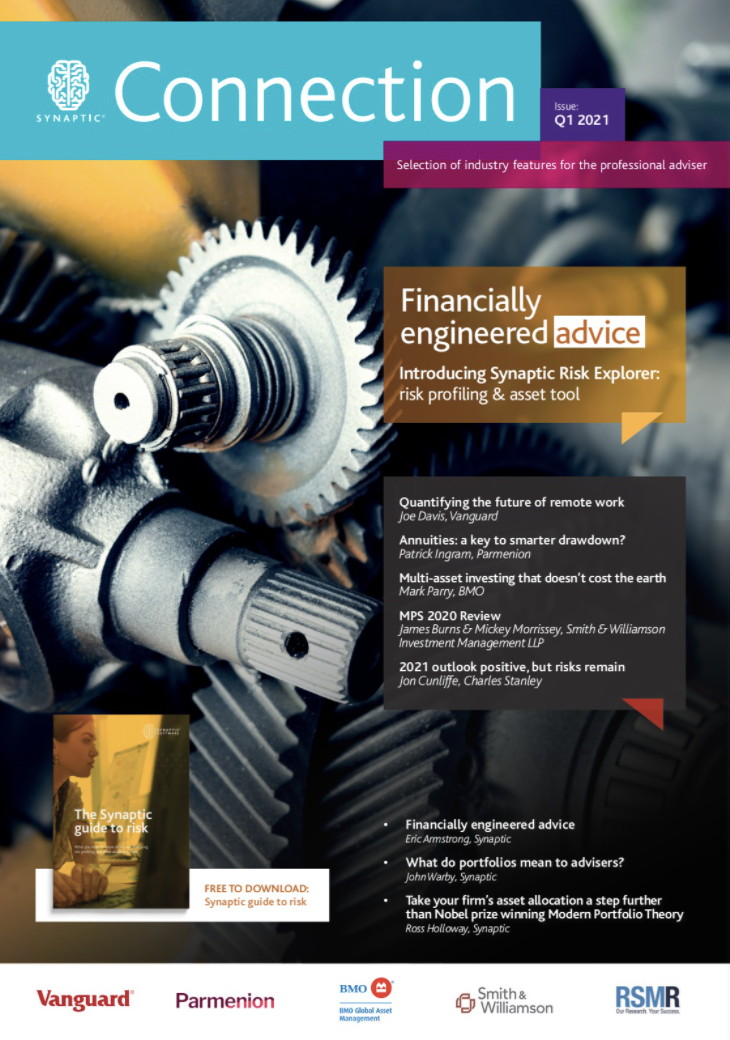 Janet Mui, Investment Director, discusses how the shift to online shopping, 'revenge spending', and shopper-tainment fuelled another record day of sales on China's Singles Day. And why the world should pay attention to these developments.

"This year 800 million shoppers, over 250,000 brands, and 5 million merchants were involved in Singles' Day. There was a pre-sales window between 1-3 November and the main day (11/11) itself. Over these days there were large discounts to be had on everything from daily necessities to luxury items such as cars and even properties."

An international carnival and the biggest shopping extravaganza on the planet – China's Singles Day takes its name from the way the day is written numerically as 11/11, which resembles 'bare branches,' a local expression for the unattached.

It's a day that economists and analysts closely watch for sales activity and often use as a proxy for understanding Chinese domestic activity. And with China now almost free from Covid-19 and back to normality (aside from strict border control), they have not been disappointed.

This year Chinese shoppers have spent roughly $75 billion, including the three-day period added to boost post-pandemic sales, across Alibaba's Taobao and Tmall platform, up from $38.4 billion in 2019. It dwarfs the record $10.4 billion spent during Amazon's two-day Prime Day event this October.

Aside from Alibaba, record sales by its rival JD.com provides further evidence that Chinese consumer spending, so far a laggard in the recovery, is strengthening. Furthermore, the private sector data is consistent with official data (often doubted and scrutinised) that paints a positive picture for China's growth.

This year 800 million shoppers, over 250,000 brands, and 5 million merchants were involved in Singles' Day. There was a pre-sales window between 1-3 November and the main day (11/11) itself. Over these days there were large discounts to be had on everything from daily necessities to luxury items such as cars and even properties.

It was reported that Alibaba used more than 3,000 chartered flights and long-haul cargo ships to bring goods into China for this year's event. Across its logistics arm and its partners, 3 million people were involved globally. And more than 10,000 mobile lockers were used to allow customers to pick-up parcels without human contact.

Dubbed locally as 'shopper-tainment', it is truly a day of consumerism and entertainment combined. To kickstart the shopping extravaganza, pop star Katy Perry performed virtually. Throughout the day, there were many entertaining livestreamed sessions for key opinion leaders (influencers) to engage with consumers. You can watch and shop directly from these videos.

As an avid Chinese social media app user, I watched some livestreamed sessions and I can tell you they were adrenaline-inducing, exciting and highly addictive. It's been estimated that over 170 million users tuned in to watch Li Jiaqi's pre-sales' livestreaming. Li Jiaqi, is a beauty product salesman who once sold 15,000 tubes of lipstick online in just five minutes.

One reason why such a large population tunes into these livestreaming sessions is because it is such exciting content. These live sessions are genuinely regarded as entertainment and more interesting than state-controlled TV. But such is the potential for live-streaming e-commerce to boost business in the aftermath of the pandemic that even President Xi Jinping praised live-streaming sales to help rural residents gain access to a bigger marketplace.

Why was Singles' Day so successful even during a pandemic?

The Singles' Day has always been a success thanks to its mix of big discounts, consumerism, and entertaining gimmicks. But this year, the pandemic brought unprecedented shopper traffic online.

There has probably never been a time when so many Chinese people have remained at home and not crowded the likes of Bicester Village, Selfridges, or Le Printemps abroad. According to Bloomberg, last year roughly 170 million Chinese citizens travelled out of the mainland, splashing about $220 billion abroad. Chinese tourists often spend heavily on luxury goods when they travel overseas. In the current environment, this huge spending amount is a big incentive for China to encourage the money to be spent at home. And this is exactly what is happening.

After the plunge in Chinese GDP in the first quarter of 2020, unprecedented in this phase of its history, the government has promoted the idea of 'revenge spending' to help with economic recovery. As China is almost back to normality now, Chinese people feel the country needs their support and there is a heavy sense of responsibility.

Why e-commerce boom is here to stay in China

There has likely never been so many products, methods, and finance options available to help the Chinese shopper spend. And it's in-app purchasing technology which is supporting these advances. The e-commerce trend in China is powered by its domestic technology eco-system. You can do most things via an app such as buy and sell products, pay or borrow via Alipay, create and manage video content, and send messages or post similar to Facebook/Instagram. And these apps always entice you back for more.

If you use one of the apps for everything all day, every day, it's hard for a consumer to resist the enticing sales content tailored and personalised by the use of artificial intelligence, predictive algorithms and big data analytics. These apps are normally monopolies in the field as most western apps are banned in China.

Even before the pandemic, China had one of the highest online shopping user percentages in the world. But this unprecedented online penetration into every aspect of life, particularly after the pandemic, has meant that consumer habit has further shifted and solidified towards online. For any trend to last in China, policy direction and support is important. The drive to e-commerce consumption ties in with the 'dual circulation' long-term strategy from the 14th plenum, which states that China should aim for self-sufficiency in tech (external circulation) and boost household consumption (internal circulation).

What does it mean for the west?

China is the world's largest consumer market with over 1.4 billion people. An expanding middle-class and affluent population means more demand for foreign products. China is increasingly opening up to foreign brands, big and small, to sell into China. Chinese e-commerce giants are providing viable and trusted platforms for international merchants to gain access to the Chinese middle class. For western platforms and social media, understanding how the Chinese are advertising and selling direct by live events provides interesting consumer insights. For investors, China or Asian e-commerce is an interesting growth sector to watch over the long-term.

Visit us online at www.brewin.co.uk/financial-advisers

Brewin Dolphin Limited is a member of the London Stock Exchange, and is authorised and regulated by the Financial Conduct Authority (Financial Services Register reference number: 124444). Registered office: 12 Smithfield Street, London, EC1A 9BD. Registered in England and Wales no. 2135876